This is the wood and canvas canoe  author/filmmaker Bill Mason dubbed the almost perfect canoe. It is a deep, beamy canoe intended for hauling heavy loads with reserve capacity for maneuvering in heavy water.

Mason chose this canoe for whitewater and for paddling the big seas of Lake Superior. He used it tandem and solo. It is probably the best known and most revered canoe in Canada’s long canoeing history. Originally developed by Chestnut Canoe Company of Fredericton, New Brunswick, the Prospector has long been the preferred canoe for wilderness travel. Many canoe companies offer a Prospector model and several claim theirs to be “original” designs. I imagine that is confusing to the prospective buyer. So many of the canoes I have seen dubbed as Prospectors appear to bear no resemblance to the original. I make no claim that the model I offer is “original”, though it definitely is based on the Chestnut Prospector. I had built a 16′ version of the Prospector for over 20 years which was based on the original Chestnut 16′ Prospector. I suspect the canoe used for this design had lost some of its shape, making it somewhat tippy and it did not meet most people’s needs in a wood and canvas canoe. I am now offering a design based on the Chestnut 17′ version of the Prospector. I offer this design in both 16′ and 17′ lengths. I have taken lines off of Chestnut Prospectors for several years and relied on these as well as lines taken by Roger MacGregor (author of “When the Chestnut was in Bloom”) of a 17′ version that he was kind enough to offer me. All of these boats had differences. Some had obviously lost their shape due to use or from repairs. The final design favored the version with the most tumblehome and the least arch to the hull, since I felt this the closest to the original. We ended with a design that I feel more closely resembles the notoriety of the Chestnut Prospector (than the version I had originally offered)- it has ample rocker (though not too much), it has a shallow arched hull (though not too arched). It has the classic fullness through the center of the canoe and the fine entry which is unique to this class of boat called the Prospector. The maiden voyage of these boats showed spectacular results in every way, including a feeling of stability in choppy conditions even when paddled empty. The fullness of this canoe in the “quarters”, as well as it’s depth, make it uniquely qualified to carry heavy loads without an extraordinary width to slow it down. To top it off, the slack bilge enables this design to be leaned and paddled solo “Canadian-style”, especially in the 16′ length.. 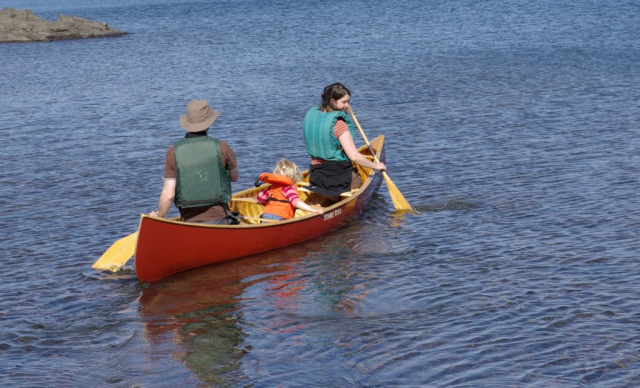 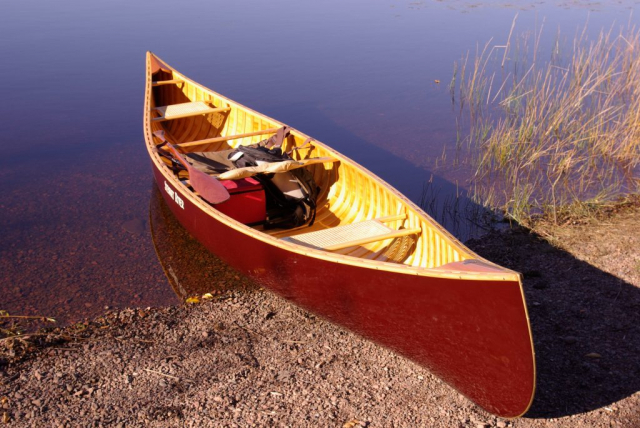 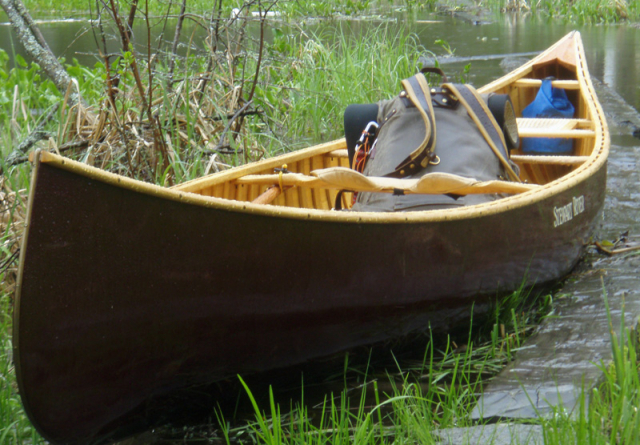 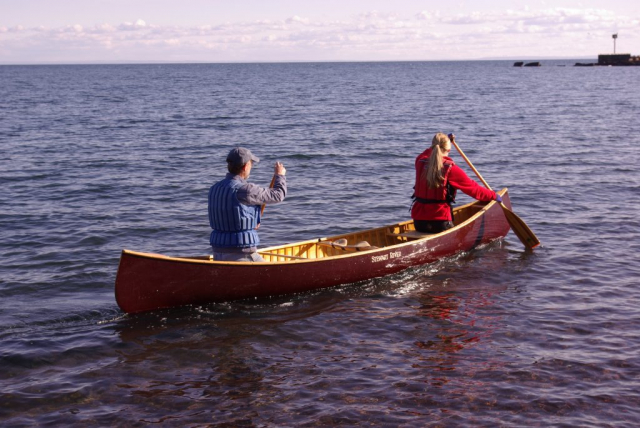 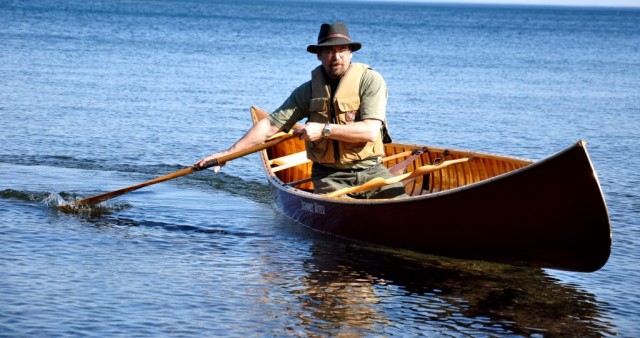 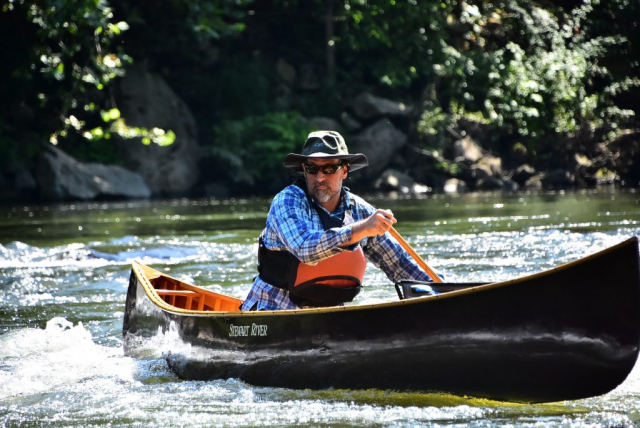 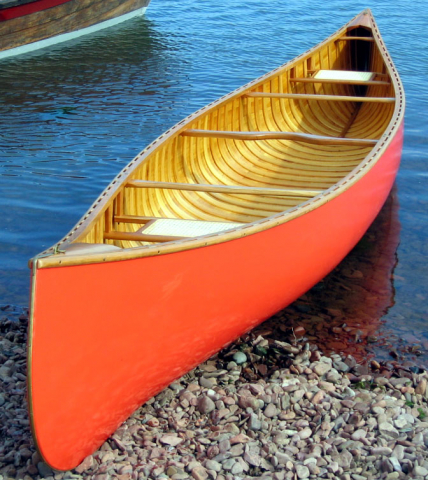 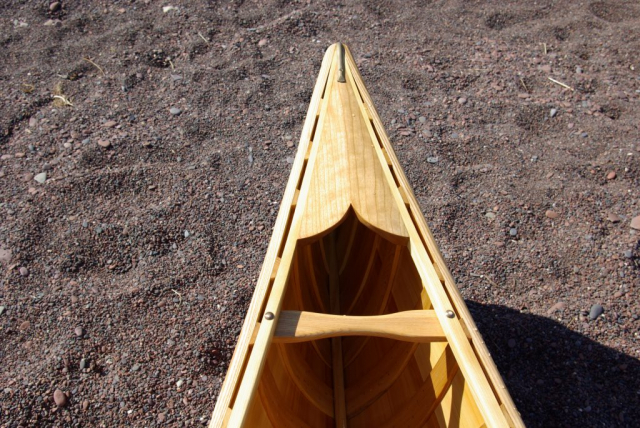 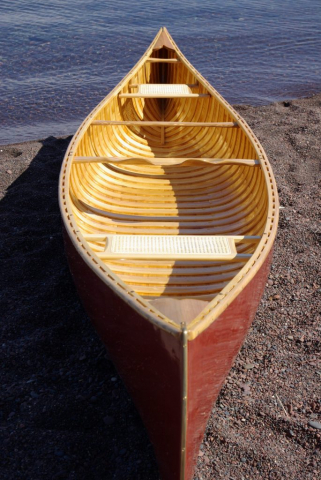